I am wokring on dogspot, which is an application for reviewing dog friendly spots. One of the feature is ability to rate the spots by users.

Now I create read-only app - a kind of radar for finding dog-friendly spots nearby and showing it on map. 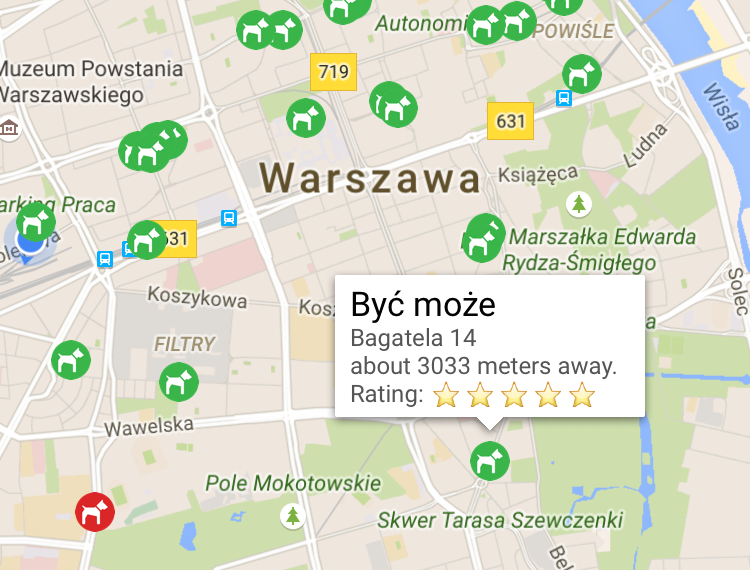 IOS: There is a lot of cool libs for ratings, e.g:

BUT: This have to be read-only app for now. So I decided to mocke rating with static stars. First idea: use static star images. Better idea: use emoji 😍! I am using Google Maps iOS SDK. I was afraid it will have problems with rendering snippet containg emoji but it worked like a charm!

I am rounding float, and want display only integer rating. Then I need only display ⭐️ as many times as value of rating.

and then just make simply replacment: